Note: These figures are only approximative and "do not add up" as details of some flights are not known.

By Nations with most RTWs and the ratio of RTW per 100 million population, (2019 approx):

For nations with less than 8 RTWs, please consult the Data Base.

More Statistics....
Statistics of Earthounders Meetings attendance:
Our hosts shown in orange.
(Earthrounders having attended two meetings or more).
List of our Hosts

Graph showing the number of RTW per year: (The group-rallies are not included, only the grenuine individual RTWs). 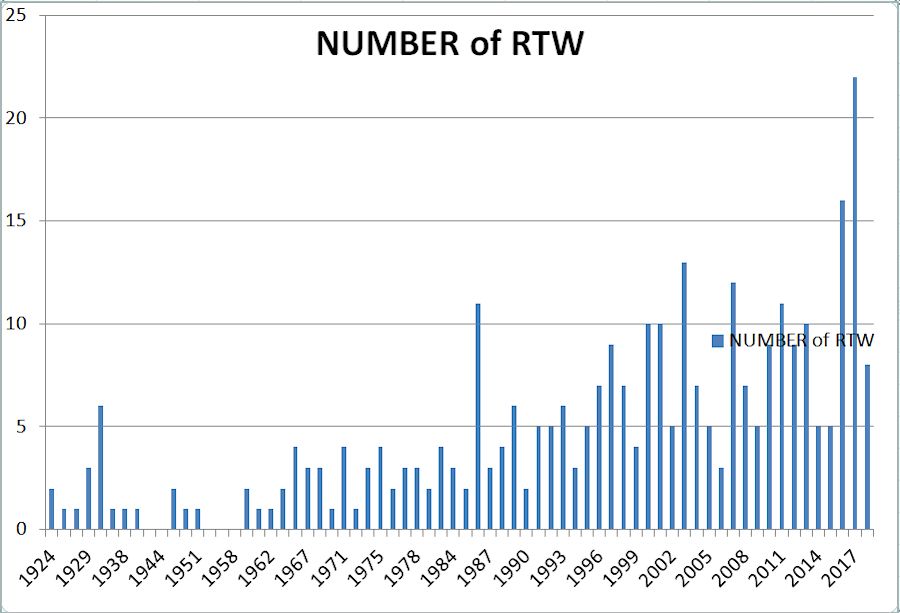 
Best and worst countries and airports.

These figures, like a lot of statistics, have to be taken with 'a grain of salt'...an example as the greatest number of Earthrounders come from the US, it is normal that they indicate the US as the 'best and easiest' country to fly in.